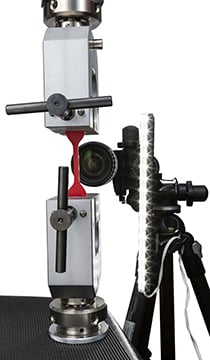 The video extensometer measures longitudinal strain between two applied lines at a rate of up to 100 Hz. The strain data is synchronized and transferred toNEXYGENPlus software.

Strains from 20 um/m up to more than 1000% can be measured. System calibration provides measurements from a few millimeters to multiple meters.

The Lloyd Instruments/Ametek VE1 Extensometer saves images during the tensile test and can be used until sample break. It has a large application area and can test a wide range of materials including metals, rigid plastics, composites, ceramics, thick films and more in both ambient and non-ambient temperature conditions. 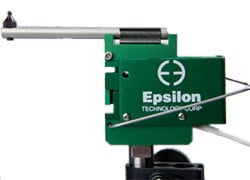