2021In 2021 we celebrate the 90th Anniversary of our company. We trace our lineage back to the JP Bowlin Company founded in Fort Worth in 1931. Bill Nicol worked for Joe Bowlin for a number of years before setting out on his own and starting Nicol Scales in Dallas in 1948. When Ted Tobolka bought Nicol Scales and then JP Bowlin, it brought the two companies back together as one organization. Our company has seen a lot of change and has adapted and grown quite a bit in 90 years. 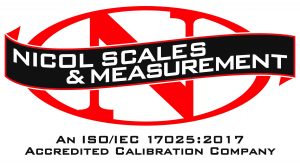 2020NSM was awarded with our final accreditation to both ISO/IEC 17025:2017 and ANSI-Z540. In addition, our scope of calibration capabilities nearly doubled to 23 pages. 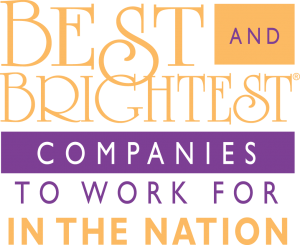 2019In 2019, both the Dallas branch and the Houston branch of Nicol Scales and Measurement were awarded Best and Brightest Companies to Work For.

2017In 2017, Nicol Scales and Measurement purchases York Scales in Houston and rolls their operations into the Houston branch.

Also in 2017, Nicol Scales and Measurement enters the Austin market with a full-service satellite office. This enables us to better serve our current customers in the Hill Country area.

The change truly reflects the company as it operates today. The addition of Measurement to our name accurately reflects the broadened scope of measurement products and Instrument Calibration Services offered today.

2010In July of 2010, the company expanded its ISO scope of accreditation to include Dimensional, Temperature, Pressure and Timers.

The growth into this scope allowed us to offer our customers Instrument Calibrations Services out of our newly established Calibration Service Teams in Houston and in Dallas (2011). We are now offering “Single Source” calibration solutions to our customers.

2004As part of the aggressive plan to expand into existing markets and to grow into new ones, Mr. Tobolka purchased the JP Bowlin Company in 2004.

In a strange twist of fate, the company was one again, allowing the company to operate under two names with similar rich histories as well as expand into the larger Industrial market with a local presence. This allowed us to effectively compete in Houston and surrounding regions.

1999In August 1999 the company was purchased by Ted Tobolka, a longtime employee. The company quickly began to expand its focus to increase services, pursuing opportunities in the broader measurement market.

Along with the expansion into the new markets, Nicol Scales initiated a plan to meet the quality needs of our customers by successfully completing a “Total Quality Operating System” that allowed for application as an ISO accredited company. 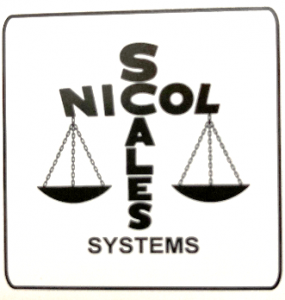 1980During the early 1980’s the company leadership transitioned from Bill & Noreen’s daughter, Nicki “Nicol “ Huber. She built upon the strong legacy that her parents had built in the Scales Industry with the introduction of technology and automation.

Nicki oversaw the evolution of the operations from paper based to cutting edge IT solutions. She expanded the direction of the companies sales to include factory automation and inventory bar code systems.

1960The company quickly grew in the emerging industrial market to become one of the premier scale distributors in Texas operating as Nicol Scales, Inc.

The company offered products and services geared toward manufacturing and agricultural markets, later adding force and material test products to further meet the needs of its customers.

1948In 1948 Bill Nicol, a graduate Engineer from SMU, managed the JP Bowlin office in Dallas, Texas.

He, along with his wife Noreen Nicol, founded the William F. Nicol Scale and Machinery Company.

1931The company was founded in 1931 as the JP Bowlin Company, based in Fort Worth, Texas.